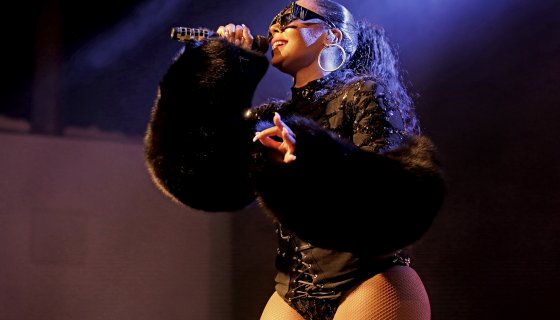 In a recent set of photos from vacation, the R&B songstress flicked it up with a white man that Twitter has already married her off to

beautiful women on the planet and if youve ever been on her Instagram page, youll know that fact is proven true in each glamorous post after the next. In a recent set of photos from vacation, the R&B songstress flicked it up with a white man that Twitter has already married her off to, but the reactions are coming from folks who never had a snowballs chance in hell are especially telling. The Long Island native was in Cancn with friends and once again showed off another stunning outfit and look as shes known to do. While there were some photos of her with the crew, the photo of the unnamed white man and Ashanti obviously has the people talking. Ashanti has kept her love life secret for the most part, with most knowing of her long relationship with rapper Nelly. Since then, Ashanti hasnt been romantically linked with a partner so its fair to see why so many folks are trying to get to the bottom of this modern-day mystery despite it being none of anyones business. If the reaction from social media is any indication, folks are legitimately in their feelings about the possibility that Ashanti is dating period, much less if the person is white or not. As it stands, the sultry 40-year-old beauty can date whomever she pleases and well just have to deal with it. But much of the hoopla may be over nothing as one Instagram comment eluded to the fact that the man in the photo was the host of the establishment and not a hot date. However, the damage has been done and the reactions are unusually over the top. Weve got some of the reactions below.