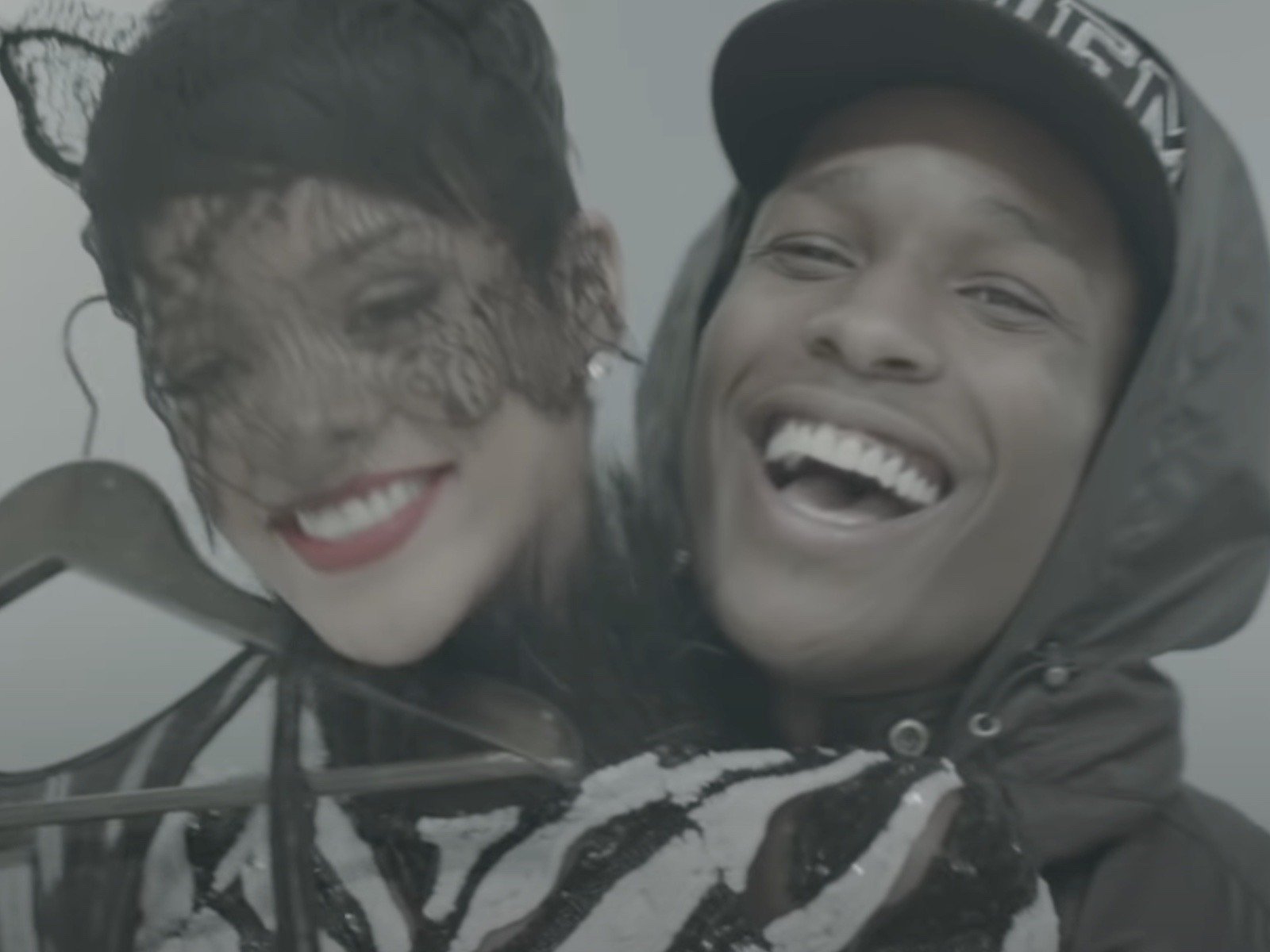 This isnt the first time A$AP Rocky and Rihanna have collaborated on a music video. The duo previously linked for their Fashion Killa music video in 2013 which sparked premature JAY-Z and Beyonc comparisons. A$AP Rocky Confirms New Musics Coming Before We Know It The Harlem native is low-key on more than just relationship goals with Rihanna these days. Buzz has developed about the A$AP Mob boss quietly getting back to his music-making grind despite the world remaining obsessed about his romance with the Barbados queen. A few days ago, Boomin just had to let the cat out of the bagand give hip-hop heads all the motivation to stalk Rockys social media feeds. The award-winning hitmaker shared snapshots of themselves in a recording studio setting and ultimately confirming Rockys mighty return is imminent. FEEL THE FIRE @asaprocky Whats more hype than Metros guarantee is Rocky sneaking into his Instagram postscomments section to confirm the heat is coming. BUZZIN !! -A$AP Rocky Classic -Timbaland A$AP Rocky + Rihanna Dating Goals Undeniable In NYC Rocky might have the best excusefor not putting out an album since dropping 2018s Testing to the masses. Rihanna. In June 2021, some must-see shots randomly popped up online showing the inseparable duo together for a random night out. Rocky was shown donning his signature braids while RiRi couldnt go unnoticed despite rocking a furry pink hat. This week, RiRi and Rocky clocked in big relationship goals together. The duo are shown in shots posted up at Soho Barcade you guessed it an arcade doubling as both a bar and hot spot packed with gaming options. More than games were being played as the duo locked lips and proved to be having plenty of fun together surrounded by other patrons. Ready To Risk It All In a recent GQ cover feature, RiRis boyfriend didnt hold back ondishing out his love for her. The rap heavyweight confessed to feeling he found his true soulmate in the Barbados beauty. So much better when you got the One. She amounts to probably, like, a million of the other ones. New-world sh*t, indeed. Rocky is among our cultures most unabashed ladies men, but he says hes comfortable embracing monogamy: I think when you know, you know. Shes the One. ( ) Rocky also didnt hold back on talkingabout the possibility of becoming a dad. I ask A$AP Rocky if hes ready to be a father. If thats in my destiny, absolutely, he replies. I think Im already a dad! All these motherf*ckers are already my sonswhatchu talkin bout! He laughs and then starts choosing his words carefully: Nah, but like, I think Id be an incredible, remarkably, overall amazing dad. I would have a very fly child. Very. (