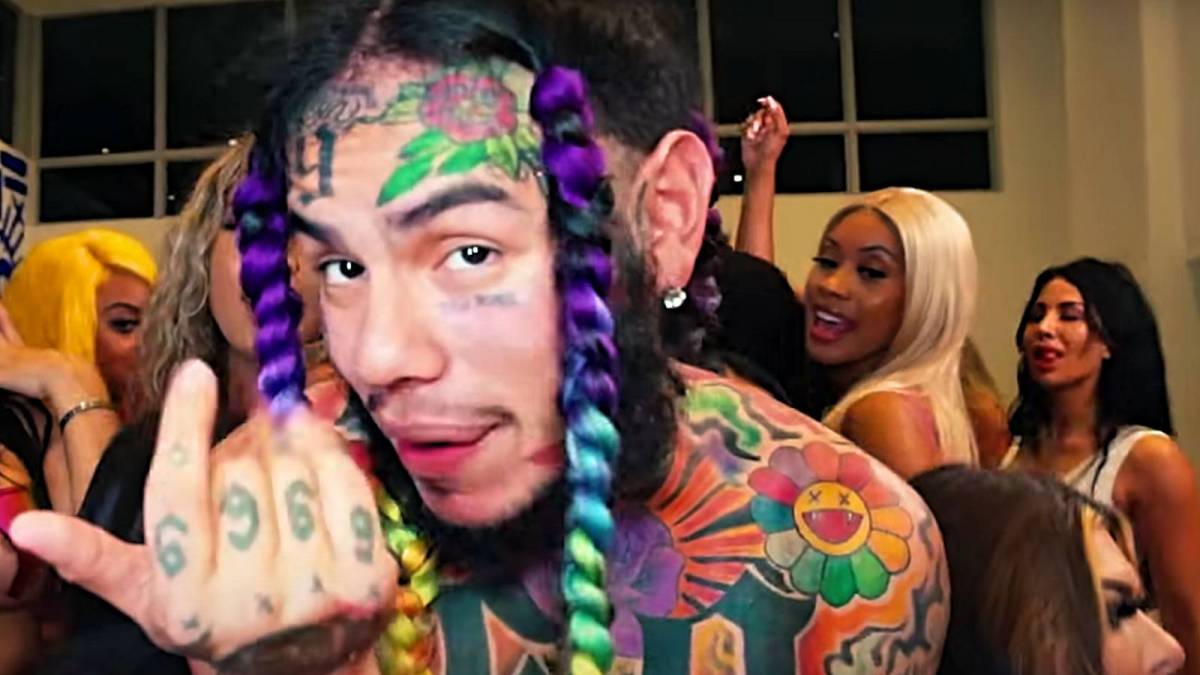 6ix9ine called out Blueface for only making headlines for his internet antics on Saturday (June 26), not long after the Compton-bred rapper announced he'd joined the Bare Knuckle Fighting Championship.

Bare Knuckle Fighting Championship. In an Instagram video, the polarizing rapper foolishly confessed he carries $20,000 in cash on him at all times, which he says is almost the same amount of money Blueface is supposedly paying to fight. The only time people talk about Blueface is when hes not doing music, so I dont know what the fuck you talking about, he says to someone on the phone. Like who the fuck is Blueface? Right now, I swear to my mom, I got $20,000 in my pocket I walk around with. Hes gonna pay $25,000 to fight. I walk around with the money hes getting paid for. What the fuck you talkin bout? 6ix9ine then claims hed easily overpower his adversary Lil Durk in the ring. You get Lil Durk in the ring right now, Im eating him alive, he adds. I will violate him on King Vons grave. Hes gonna hit me with the bitch ass shit hes doing now nothing. He gonna hit me with the, Yo, you making it hot right now, bro. Chill, chill .' View this post on Instagram A post shared by The Shade Room (@theshaderoom) Of course, 6ix9inewasnt done there and took his vitriol to The Shade Room Instagram comment section, once again pulling the late King Von into the fray. I love how ya favorite rapper raps about gangsta shit but when all his friends die around him he does nothing about it, he wrote. Argue with your dirrtyyyy family.