6ix9ine Admits He's 'Not Happy' During Trip To Dominican Republic 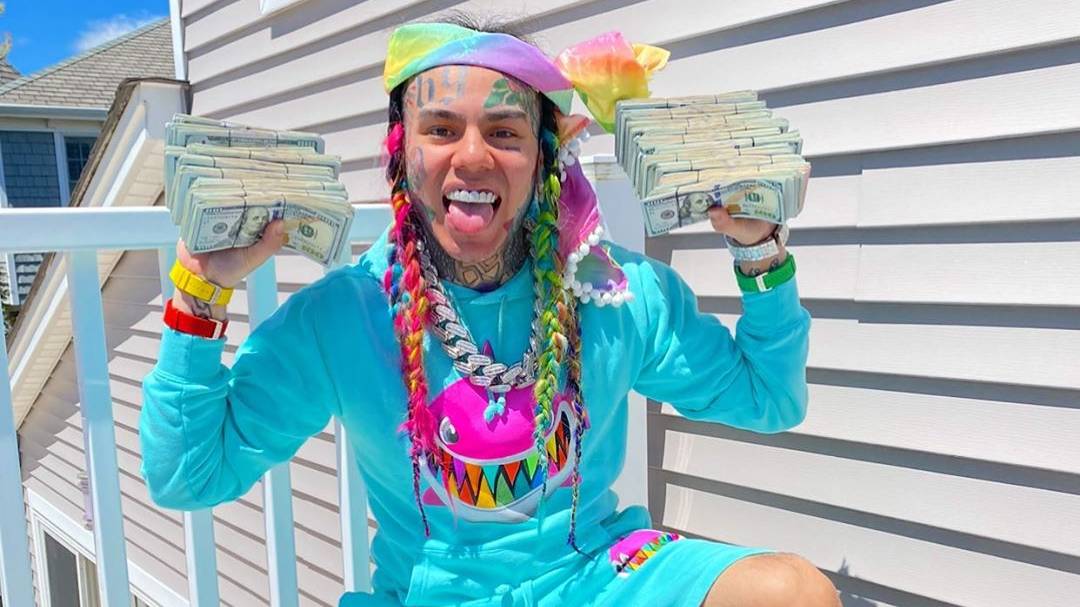 A side of 6ix9ine rarely seen in the public eye emerged over the weekend as he soaked up the sun in the Dominican Republic.

YoungBoy Never Broke Again Reportedly In FBI Custody After K9 Unit Chases Him Down In L.A. Instagram/Tekashi 6ix9ine 6ix9ine Confesses 'Fame & Money Doesn't Mean Anything' To Him As He Kisses Babies In The Dominican Republic Published on:Apr 5, 2021, 9:09 AM by 3 A side of 6ix9inerarely seen in the public eye emerged over the weekend as he soaked up the sun in the Dominican Republic. While the polarizing rapper typically draws the ire of social media for antagonizing his adversaries and trolling the dead, this time he used Instagram as a confessional of sorts, admitting he was lacking joy in his life. On Easter Sunday (April 4), 6ix9ine shared a video of himself speaking Spanish to the screaming local fans awaiting his arrival. He then kissed a baby and posed for photographs with a huge smile slapped across his face. He then explained in the caption, To all my fans I love you Im sorry I been away from music. In all reality Im not happy. The fame and the money doesnt mean anything to me because it doesnt bring me joy. I say all this because when your chasing your dreams in life remember God comes first. Never lose sight of that. He blesses you in life because he sees the good in your heart and with that blessing you learn to bless others. I will continue my journey to find happiness within myself and find the joy I once had. View this post on Instagram A post shared by @6ix9ine 6ix9ines reputation in the rap community has been soiled since his 2018 RICO arrest. In exchange for a lighter sentence, the 24-year-old agreed to testify against members of the Nine Trey Gangsta Bloods gang as the federal governments star witness. As a result, Aljermiah Nuke Mack and Anthony Harv Ellison were sent to prisonand 6ix9ine earned the nickname Snitch9ine. Following 6ix9ines April 2020 prison release, the Brooklyn native has found some success on the Billboard Hot 100 chart, with his TROLLZ collaborationwith Nicki Minaj landing in the coveted spot last June. Although the single suffered a historic fall from the chart the next week, it was ultimately certified platinumby the Recording Industry Association of America (RIAA) in November 2020.