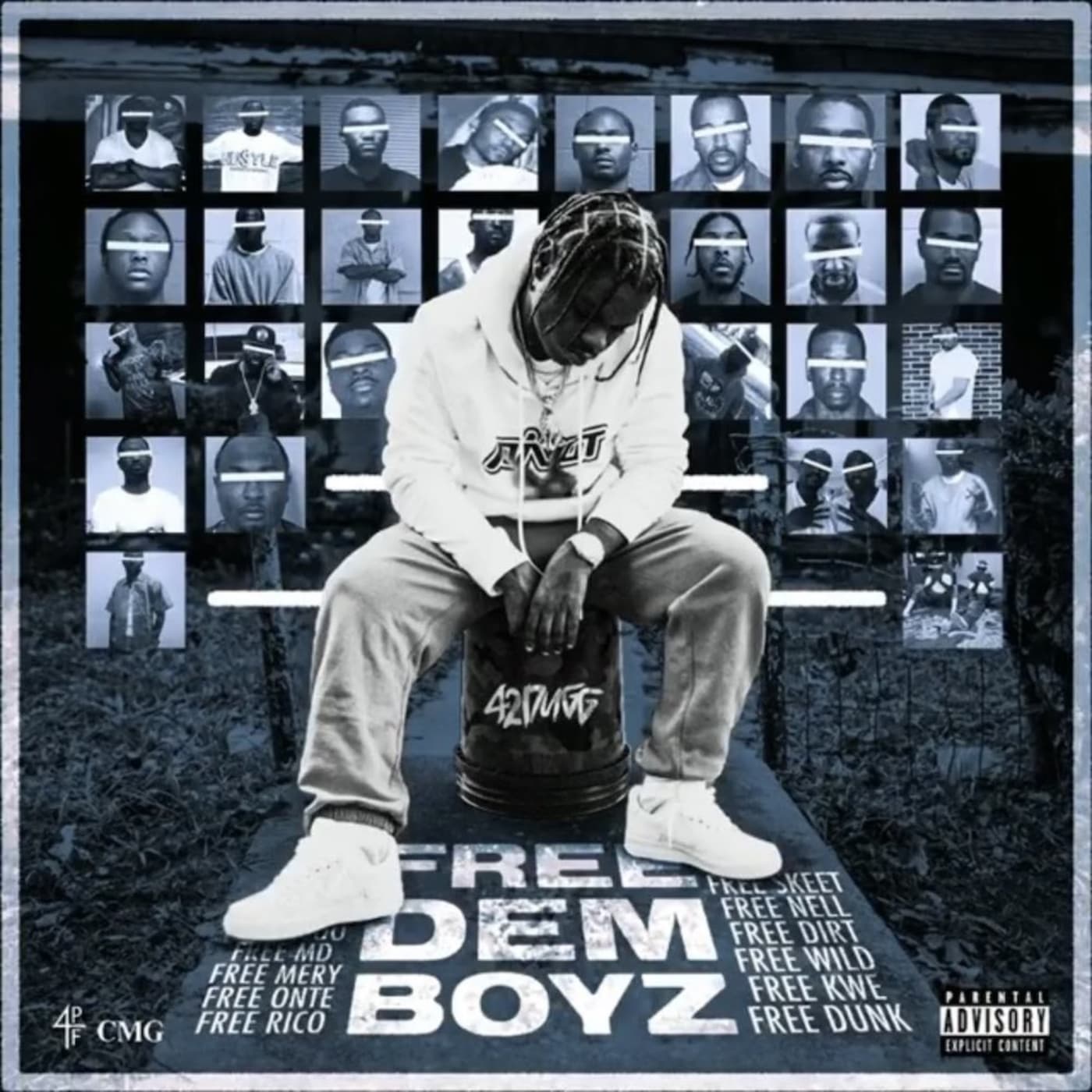 Visit streaming.thesource.com for more information Dugg and Future also tagged for the video Maybach, which previously grabbed headlines for the slight jab to the Harveys by the Freeband Gang leader. The 19-track project features standout single 4 Da Gang (feat. Roddy Ricch), which samples German Rock Band Scorpions 1982 classic hit, No One Like You, as well as previously-released songs dedicated to his incarcerated friends such as Free Merey, Free Woo and Free Me. Advertisement The new release comes during the same week Billboard named 42 Dugg the R&B/Hip-Hop Rookie of the Month for May. Free Dem Boyz is Duggs first project since the March 2020 release of his acclaimed Young & Turnt 2 project, which marked his debut on the Billboard 200 chart and peaked at No. 6 on Billboards Independent Album chart. You can hear it in full below.