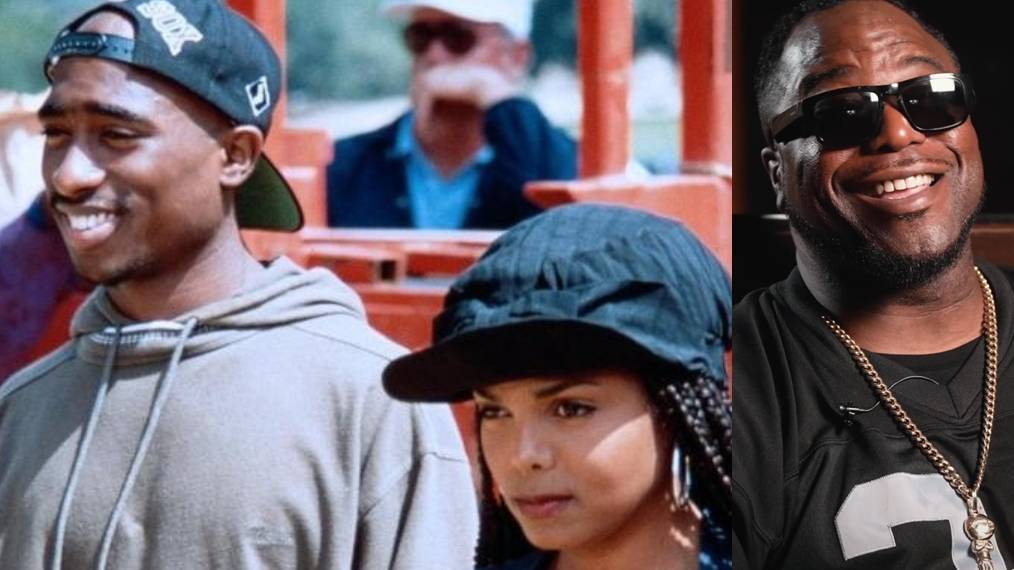 2Pac's reputation as a ladies man is supposedly what's to blame for his failed attempt at a romance with Janet Jackson, at least that's what Spice 1 claims.

2Pacs reputation as a ladies man is supposedly whats to blame for his failed attempt at a romance with Janet Jackson, at least thats what Spice 1 claims. In a recent interview with the Art of Dialogue, the veteran West Coast rapper was asked about Michael Jackson reportedly turning down an opportunity to collaborate with 2Pac over his alleged alliance to The Notorious B.I.G. Spice 1 laughed it off, saying, Whos to know what Mike would listen to? Thats some funny shit. He was ridin with Biggie? All I can do is laugh at that. But then he started reflecting on his time with 2Pac and how he would routinely push him to take his friendship with Janet Jackson to the next level. I was egging Pac on to get with Janet, he continued. I kept on like, Hey, man. You need to go holla at Janet, my n-gga. You trippin. I dont know what happened with that. I guess she got mad at him and wanted him to take an AIDS test and all kinds of crazy shit. But damn. Still to this day, Im like, Man, you should have got with Janet. But J.D. handling that though. When asked if 2Pac ever spoke to him about Janet Jackson, Spice 1 replied, He was fuckin with her and everything was cool. He was tryin to holler at her and everything. Maybe she was gonna holler at him or talk to him. But I think, you know, man . you be asking me some crazy shit. He was like, Man, shit she was taking too long. I think he ended up fucking one of her dancers or something and shit, and that struck a nerve. She wasnt fuckin with that. She was like, N-gga, you out your goddamn mind. That kinda ended everything right there I think from my perspective, from my view. Something like that. Janet wasnt fuckin with that. She was like, No, n-gga.' Spice 1 went on to describe 2Pac as a thug Michael Jackson but acknowledged they are both very famous people. Considering both have been physically gone for years and are still so often the subject of conversation speak to their impact on the world. February 6, 2022 As for 2Pac and Janet Jackson, the two worked together on the 1993 film Poetic Justice while the pop star was still married to Ren Elizondo. According to co-star Regina King, the chemistry between the two was obvious. King made the revelation in the Lifetime Television Network docuseries Janet Jackson that premiered in January. Having Janet and 2Pac was huge because he was one of the biggest Hip Hop stars and she was definitely the biggest pop star, King said. I think they were both impressed with each other, but I dont feel like either one of them wanted to let the other know. Toward the end of the film, 2Pac and Jackson shared a kiss, which perhaps appeared a little too genuine. King added, I dont know if Janet will ever admit to it, but there was a bit of that chemistry going on. You could cut the air in the room at times. But she was in a relationship with Ren, make no mistake about it. Subscribe to DX Newsletter